Don’t miss the daily special sessions!  We have schedule time for live Q&A with attendees. 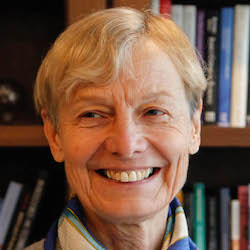 Opening Keynote: Barbara Romanowicz, University of California, Berkeley
What Have We Learned About the Earth’s Interior from Seismology in the Last 40 Years?
Monday, 19 April, 8:30–9:30 a.m. Pacific

A special welcome from SSA President John Townend, Victoria University of Wellington will open the meeting, followed by a presentation by Barbara Romanowicz, University of California, Berkeley on the advances in understanding the Earth’s internal structure.  Jeroen Ritsema, University of Michigan and editor-at-large of The Seismic Record will kick off a Q&A session.

Building upon theoretical foundations laid in the 1970s and owing to the large quantity of high quality digital seismological data accumulating since the early 1980s, our understanding of the earth’s internal structure, as constrained by seismological observations, has rapidly evolved in the last 40 years. From a static view of a planet organized in concentric spherical shells, to the present three dimensional models that reflect its dynamic nature from the upper mantle to the center of the inner core, we now have a clearer picture, among others, about the fate of tectonic slabs or the complex nature of the boundary layer (D”) at the base of the mantle. The formation history of continents, as recorded in the lithosphere of old cratons, is emerging, and evidence for the existence of deeply rooted mantle plumes is mounting. There are live debates about the earth’s inner core dynamics. Combined with insights from geodynamics, mineral physics, geochemistry and other geoscience subfields, we are poised to reconstruct the evolution of our planet through time and the nature of the present-day coupling between the deep interior and plate tectonics. I will review some of the most significant seismological contributions to our knowledge in this field over the last few decades. 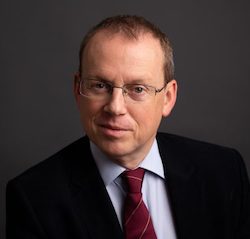 Earthquake engineering has traditionally focused on protecting society against the effects of large-magnitude earthquakes but in recent years there has been increasing interest regarding the impact of smaller earthquakes. This has been driven partly by the occurrence of some low-magnitude earthquakes that have caused unexpected levels of damage and particularly by the heightened concern regarding earthquakes of anthropogenic origin. A number of case histories of small magnitude events reported to have caused damage are then reviewed, highlighting in each case the specific factors contributing to the impact—and in some cases arguing that the physical impact may have been exaggerated.

The lecture re-visits the often misunderstood rationale behind the exclusion of smaller magnitude earthquakes from probabilistic seismic hazard analysis as being related to the risk posed by such events. This is followed by a global analysis of small-to-moderate magnitude earthquakes to ascertain the likelihood of these resulting in damage and/or injury, also considering the generally shallower depths of induced events. Consideration is also given to the question of the smallest magnitudes of relevance to hazards other than ground shaking, including liquefaction and surface rupture. The lecture concludes with some insights regarding if and when smaller earthquakes should be a concern as well as discussing the challenges associated with modeling the resulting hazard and risk that such events can pose.

Join a live discussion about the latest in machine learning, led by a trio of panelists: Karianne Bergen, Brown University; Daniel Trugman, University of Texas at Austin and Qingkai Kong, Lawrence Livermore National Laboratory. SSA President William R. Walter, Lawrence Livermore National Laboratory, will moderate the discussion on the following topics at the intersection of machine learning and earthquake science:

Be among the first to view an early screening of Filmmaker Kendall Moore’s new film.

Professor Moore will lead a panel discussion after the viewing of the film.  Discussants include: 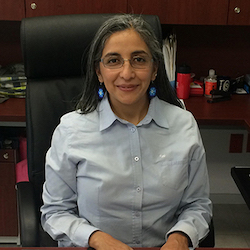 Many of our countries’ current topic is how scientific knowledge is disregarded in policy and decision-making, and even among the general public. Therefore, effective science communication is needed to permeate at all levels.

In many of our countries, we lack a liaison office between scientists and legislators. Our results stay on shelves and scientific meetings but are not being translated into policy that could prevent disasters from occurring. In contrast, there are good examples in countries where science advisors are close, and changes are happening; learning from their experience, successes and errors might lead to a change. In Mexico, a new initiative has emerged to install a liaison office inside the Congress, with trained scientists that can identify and translate the science needed for policy making.

Also, in some countries, the number of stakeholders when an earthquake occurs is way more than two, and the structure for decision making is quite complicated. Coordination between them is key to a fast and optimal response. With this complex system, knowledge, precision and effective communication are critical for quick and informed decision-making. However, many helpful products end up in web portals with no use from decision-makers since we have overseen communication and training. One problem is the high rotation in office personnel, so training should be continuously done and in good coordination with the various governmental agencies responsible for quick decision-making.

Another critical element is the public. There are many outreach efforts by various agencies through blogs and social networks. However, sometimes, especially when a big earthquake happens, it requires extra efforts to fight against popular pseudo-scientist or fake news. Identifying the usual questions and public concerns can help in designing target publications and communications. Also, right after a big earthquake, media handling through press conferences and one-on-one interviews can diffuse part of the confusion and concern first generated by the event. It also helps having a strong trustable figure as the spoke-person, whom the public and media will look to and listen to.

New tools and systems are key to advancing seismology! SSA is hosting a special hour for exhibitors to showcase their technologies and advancements. Find out what’s new and ask your questions.

Exciting new advances in space geodesy continue to make it a fundamental discipline for understanding tectonics, earthquakes and hazards. For example, new constellations of InSAR satellites have revolutionized the quality and frequency with which observations can be made of the changes of the Earth’s surface. Tectonic geodesy has taken to the seafloor by combining acoustic ranging from autonomous platforms with traditional GNSS techniques. Meanwhile, real-time science and hazards characterization from GNSS observables are becoming widespread across the globe. These advances are not without challenges. In this session, we will explore what the future holds for the intimate relationship between geodesy and seismology. 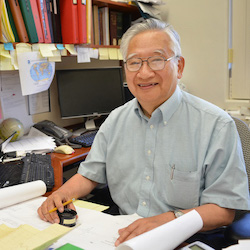 To deal with the complex and unpredictable earthquake behavior, seismologists strive for finding rules and outliers in seismology. The difficulty in performing in situ experiments in seismology necessitates detailed studies of individual earthquakes to find general rules and outliers.  For a long time, such studies required painstaking efforts to analyze seismograms and bulletins as demonstrated, for example, by Gutenberg and Richter’s (1941, 1954) Seismicity of the Earth.  The recent advances in theory, data acquisition system, and analysis methods have facilitated detailed studies of individual earthquakes, enabling us to find various rules as well as outliers, which together help us understand the basic physics of earthquakes. Outliers are damaging because our preparedness is based on regular rules. Thus, good understanding of outliers is important for minimizing the unexpected impact of earthquakes. A classic example of scaling relations is the relationship between the aftershock area and the magnitude (Utsu and Seki, 1954). With a subsequent better physical understanding of the magnitude, frictional processes, and energy budget, we now have many relationships for diverse groups of earthquakes, from silent, slow, to regular earthquakes. Many causes are responsible for outliers. For example, interactions between slip patches can cause complex events with long duration and large magnitude. Near-surface site response can cause unexpectedly damaging ground motions.  Oblique plate convergence can cause unexpected source mechanism. I will summarize the recent progress in understanding the diversity of earthquakes in terms of energy budget and some examples of outliers and will discuss the implications of rules and outliers for hazard mitigation strategy using scenario earthquakes and real-time technology.

In recent years, seismological tools have been increasingly used to monitor human activities around the world. In this plenary session, we highlight several recent studies on how anthropogenic noises have changed due to different lock-down measures, and whether the reduction of human noises may lead to detections of more natural seismic events. In addition, the fusion between COVID lockdown and seismic noises provide an excellent opportunity for education and outreach. In this session, we include presentations on this topic followed by a panel discussion on how to use these opportunities to better engage the public and next generation in seismology and earthquake sciences.

This session is aimed towards early career scientists, students and those wishing to explore opportunities in, or know more about, exciting industries which have employed larger proportions of seismologists than academia. We bring together a diverse group of speakers to describe how they got into their fields, advice for those who are interested in working in their respective industries, the most interesting aspect of their jobs, a day in the work life and new research or work they have been doing.

The speakers will be given 12 minutes each to address these questions, which will be followed by a general audience Q&A. The speakers may be available after the session for smaller breakout room chats to address additional questions or provide guidance for interested participants.