Seismic Tomography: What Comes Next?

Now more than 40 years old, the field of seismic tomography has provided an unprecedented look at the 3D internal structures of the Earth. But as tomography enters its middle age, it’s time to take stock and explore new ideas and questions.

Led by Co-Chairs Andreas Fichtner of ETH Zürich and Clifford Thurber of the University of Wisconsin-Madison, SSA is convening five virtual sessions leading to an October 2021 in-person conference in Toronto, Canada.

“Parts of the field are mature,” said Thurber, a professor of seismology at the University of Wisconsin-Madison, “but there are things on the data and techniques side and the applications side that make it exciting to do this meeting right now.”

The narrow definition of seismic tomography refers to traditional efforts to measure arrival times of seismic waves as they pass once through the Earth, using those arrival times to identify different structures within the planet by how the waves are slowed or deflected. But the field has become much broader, said Fichtner and Thurber, to encompass a wide range of cutting-edge methods and novel applications used to image the internal structure of the Earth.

“There is a whole zoo of waves that bounce back and forth, reflected from internal boundaries,” noted Fichtner, an associate professor of seismology and wave physics at ETH Zürich, “and seismologists are using this whole zoo of waves.”

Along with classic tomography research, Thurber said he hopes to see some submissions on time-dependent tomography, which is used to monitor oil reservoirs and hydrological basins; studies spanning the scales from near-surface imaging to structures tens to thousands of kilometers below the surface; computationally demanding but data-rich full waveform tomography; and joint inversion techniques that include non-seismic data in their models.

Other topics might include the gaps in geographical coverage by tomography instrumentation, the development of new instruments that can be deployed in environments such as the ocean bottom or that piggyback off existing technology such as fiber optic cables, and ways to improve the computational bottleneck that tomographers often face in their modeling.

“We want to have a fairly broad scope to get some cross-fertilization of ideas,” said Thurber.

The co-chairs may ask presenters to offer ambitious, “potentially crazy” ideas about the future of seismic tomography. “We want to hear some courageous, forward-looking, wild ideas of where we want to go,” said Fichtner, “not so standard or conservative—even if it doesn’t sound realistic.” 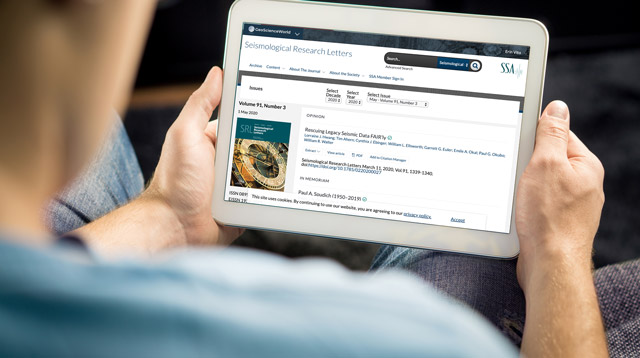