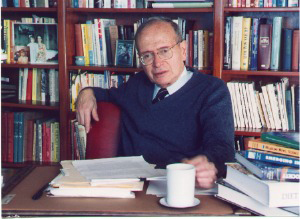 Learn about the history of the Press Award here.

Any member of the SSA may nominate a candidate for the Press Award. A nomination package must be submitted to the Secretary of the Society at the address below no later than 15 February of each year.

The principal nominator should integrate all of the above materials and send one nomination package by 15 February.

Nominations for all SSA awards are solicited from the members to be sent to the SSA Secretary by 15 February. Electronic submissions should be e-mailed in .TXT, .PDF or .DOC files to awards@seismosoc.org.

Ahern became the program manager for the IRIS Data Management Center shortly after IRIS was formed and later became director of data services for IRIS, serving in that position for nearly three decades. He ushered in a new collaborative, open-data approach to observational seismology worldwide that has improved hazard assessment … Continue Reading »

Brian Tucker, founder and former president of the nonprofit organization GeoHazards International, receives the Press Award for his efforts to make the world’s most vulnerable communities safer from earthquakes and other natural hazards. He and his colleagues in GeoHazards International brought together seismologists, geologists, engineers, sociologists and disaster managers to … Continue Reading »

Lucy Jones, founder of the Dr. Lucy Jones Center for Science and Society, who served over three decades with the U.S. Geological Survey, is recognized for her significant and persistent contributions to earthquake safety and her generous work in sharing seismology research with the public “Lucy Jones has advanced public … Continue Reading »

“California’s level of preparedness for earthquakes and tsunamis, particularly along the north coast that is part of Cascadia, is very much due to [Dengler’s] efforts to bring the science to the public, the local, regional, tribal, state and federal officials who must make and support preparations, and the emergency managers who have to deal … Continue Reading »

Wysession is a professor in the Department of Earth and Planetary Sciences at Washington University in St. Louis. In his nomination for the Press award, his colleagues praised the far-reaching impact of his work on Earth and space sciences education from K-12 to university faculty training. One of his most notable … Continue Reading »

Walter J. Arabasz is a research professor emeritus of geology and geophysics at the University of Utah, Salt Lake City. For more than 30 years, Arabasz led the development of the University of Utah’s regional seismic network and remains a powerful voice in public policy making for earthquake risk reduction. … Continue Reading »

The Seismological Society of America (SSA) honored seismologist Randall White for his scientific leadership in response to volcanic eruptions, both saving lives and sharing his techniques of eruptions forecasting that are now in use at volcano observatories around the world. SSA awarded White with the Frank Press Public Service Award … Continue Reading »

Throughout Eric Calais’s career studying active deformation at plate boundaries and interiors, Eric Calais always had a focus on key questions for hazard assessment, particularly in northeastern Caribbean, one of his longtime study areas. When a devastating earthquake struck Haiti in January 2010, Calais was among the first scientists to arrive on … Continue Reading »

The Frank Press Public Service Award was presented to Ecuadorian seismologist Hugo Yepes at SSA’s 2011 annual meeting in Memphis, Tennessee. Yepes’ work throughout his career advanced hazard assessment and risk mitigation efforts in Ecuador and South America. For more than 20 years, Hugo Yepes has dedicated his life to … Continue Reading »

The Frank Press Public Service Award was presented to Art Frankel at the 2010 annual meeting in Portland, OR. Since being tasked with leading an update to national seismic hazard maps for the United States Geological Survey (USGS) in 1993, Art Frankel has contributed significantly to improved public policy, building codes and … Continue Reading »

The Frank Press Public Service Award was presented to David Wald at the 2009 annual meeting in Monterey, CA. Wald serves as a research scientist at the United States Geological Survey in Golden, CO, as well as an adjunct professor at Colorado School of Mines. Throughout his career, Wald has expanded the … Continue Reading »

To honor his lifetime of exemplary public service, the SSA Board has awarded the Society’s first Public Service Award to Frank Press, a Director of the Washington Advisory Group in Washington, D.C. Prof. Press began as a seismologist at Columbia (PhD 1949) and joined the faulty of CalTech in 1955. … Continue Reading »