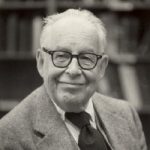 The Charles F. Richter Early-Career Award honors outstanding contributions to the goals of the Society by a member early in her or his career. No more than one Richter Award may be given each calendar year. The Richter award is presented at the annual meeting following the year of the award.

Nominees must satisfy the following criteria: 1) they must be Regular or Honorary Members of the Society in good standing and 2) their most recent academic degree must have been awarded no more than six years prior to April 27 of the year in which they are selected for the award. Family or medical leave, if provided by the candidate’s institution and taken by the nominee during this six-year period, can extend the six-year period.

Any member of the SSA who is not on the Richter Award Subcommittee may nominate a candidate for the Richter Award. A nomination package must be submitted to the Secretary of the Society at the address below no later than 15 February of each year.

The principal nominator should integrate all of the above materials into one document for submission by 15 February 2020.

Questions may be directed to the Chair of the Honors Committee, Meghan S. Miller (meghan.miller@anu.edu.au). Please list Richter Award – Question as the subject line.

Nominations for all SSA awards are solicited from the members to be sent to the SSA Secretary by 15 February. Electronic submissions should be e-mailed in .TXT, .PDF or .DOC files to awards@seismosoc.org.

Alice-Agnes Gabriel has been honored with the  Charles F. Richter Early Career Award for her innovative research in earthquake rupture dynamics and tsunami genesis, among other topics, using physics-based models and high-performance computing. Gabriel, an assistant professor at the Institute of Geophysics at Ludwig-Maximilians-Universität München, is best known for her … Continue Reading »

Harvard University Assistant Professor Marine Denolle has been honored with the 2019 Charles F. Richter Early Career Award for her important contributions to developing synthetic seismograms that can be used for ground motion predictions for future earthquakes, with particular applications to how seismic waves behave in sedimentary basins. Denolle is … Continue Reading »

University of Oregon Assistant Professor Amanda Thomas is recognized for her important contributions to understanding episodic tremor and slip phenomena, the slow-earthquake rumblings that take place below the locked zones of faults. “Combining seismology with a broad understanding of the physics of material deformation, Dr. Thomas has made seminal and fundamental … Continue Reading »

“Through a combination of source studies and ground motion prediction research, [Baltay] has carved a niche for herself that is unique in seismology for her generation,” said Gregory Beroza, the Wayne Loel Professor of Earth, Energy, and Environmental Sciences at Stanford University and Baltay’s Ph.D. advisor, noting that her work … Continue Reading »

Early in his career, seismologist Diego Melgar Moctezuma has already made significant research contributions in the areas of earthquake rupture and early warning, tsunami modeling, and community outreach regarding earthquakes and geosciences. Melgar, a 32-year-old assistant researcher at the Seismological Laboratory at the University of California, Berkeley, “has already distinguished … Continue Reading »

Fan-Chi Lin has distinguished himself by the wide range of his research contributions, particularly in the area of using ambient noise to construct images of the Earth’s crust and upper mantle. Since his Ph.D. was awarded in 2009, Lin has become one of the originators and leading experts on this … Continue Reading »

Still early in his career, Victor Tsai has already established himself as a leading seismologist, conducting pioneering research in the emerging fields of ambient noise and glacier and river seismology. Tsai has published 39 peer-reviewed papers that reflect his diverse research interests and novel approaches to tackling challenging questions in seismology, glaciology … Continue Reading »

Since his early research on deep earthquakes, Vedran Lekic has repeatedly developed new ways of analyzing and modeling seismic data, leading to improved understanding of Earth’s large-scale inner strucutre. For his work, the Seismological Society of America (SSA) has honored the 31 year-old lekic with its Charles F. Richter Early Career Award, … Continue Reading »

The Seismological Society of America (SSA) will honor Katsuichiro Goda for his prolific work to reduce earthquake risk around the world, awarding him the Charles Richter Early Career Award on April 17 at its annual meeting in Salt Lake City. His multi-disciplinary background has allowed Goda, a lecturer in civil engineering at … Continue Reading »

David Shelly has quickly established himself as world leader in observational seismology, having already made a dramatic impact on the field of seismology through his pioneering work to detect and locate deep tectonic tremor. For his work, the Seismological Society of America will honor Shelly with its Charles. F. Richter Early … Continue Reading »

Zhigang Peng has made seismological discovery a regular occurrence early in his career. Peng has written 35 peer-reviewed papers that have contributed much to the understanding physics of earthquakes and faults. An Assistant Professor in the School of Earth and Atmospheric Sciences at the Georgia Institute of Technology since 2006, Peng’s … Continue Reading »

This award was presented to Miaki Ishii, Harvard University, at the 2009 annual meeting in Monterey, CA. In her young career, Ishii, an assistant professor of earth and planetary science at Harvard University, has made two groundbreaking discoveries in geophysics that have fostered intense debate and subsequent research that has changed … Continue Reading »

This award was presented to Jeanne Hardebeck, USGS, Menlo Park, at the 2007 annual meeting. The Richter Committee noted that, “Hardebeck’s contributions to seismological research have been aimed at the central issues in earthquake studies including especially the state of stress and the strengths of faults, problems that have been … Continue Reading »

Dr. Emily Brodsky of the University of California, Santa Cruz, has been selected to be the first winner of the Charles F. Richter Early Career Award. The Richter committee was impressed by the breadth and innovative aspects of Emily Brodsky’s research, which is broadly focused on elucidating “how earthquakes, volcanoes and … Continue Reading »