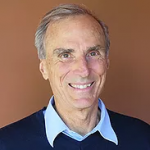 Brian Tucker, founder and former president of the nonprofit organization GeoHazards International, receives the Press Award for his efforts to make the world’s most vulnerable communities safer from earthquakes and other natural hazards. He and his colleagues in GeoHazards International brought together seismologists, geologists, engineers, sociologists and disaster managers to help communities around the globe improve earthquake-resistant construction practices and apply other methods to prepare for natural hazards. Their approach is to identify a risk that the community considers unacceptable; demonstrate affordable, socially acceptable methods that reduce that risk; and finally provide the community with the capacity to implement those methods. The goal is to act before disasters strike.

These efforts have had clear success, as in the case of the hundreds of schools that had been seismically retrofitted before the 2015 magnitude 7.8 Gorkha, Nepal earthquake. In areas where 70% of unretrofitted school buildings suffered damage or collapsed, only 7% of the retrofitted buildings were damaged. The retrofits were made by GeoHazards International’s Nepali partner, the National Society for Earthquake Technology.

“While many of us in the seismological community can justifiably claim that the science and products we’ve produced will lead to safer cities and potentially save lives or reduce other losses over the long-term, few can point to specific cases where communities have benefitted directly from our efforts. Brian Tucker can,” said U.S. Geological Survey seismologist David Wald, in nominating Tucker for the award. Wald was the 2008 recipient of the Press Award.

GeoHazards International’s ability to translate broad seismological and engineering knowledge into practical, actionable information for decision makers and the public, and its ability to bring together diverse groups of experts to bear on a crisis, as it did after the 2010 Haiti earthquake, were especially noted by colleagues supporting Tucker for the award.

Tucker has received numerous awards for his work, including being named a MacArthur Fellow by the John D. and Catherine T. MacArthur Foundation in 2002. Before founding GHI, he served as Acting California State Geologist, Principal State Geologist, and Supervising Geologist of the California Geological Survey for geohazards programs, from 1982 to 1991. Tucker has also served on the Seismological Society of America Board of Directors. He received his B.A. in physics from Pomona College in 1967, his Ph.D. in geophysics and seismology from University of California, San Diego in 1975, and an M.A. in public policy from Harvard University in 1991.