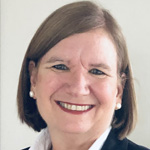 Christa von Hillebrandt-Andrade, manager of the U.S. National Weather Service Caribbean Tsunami Program and former director of the Puerto Rico Seismic Network, received the Press Award for her work in developing real-time data acquisition systems, rapid response capabilities and pioneering public outreach and education efforts have had a profound impact on earthquake and tsunami monitoring and response for Puerto Rico and Virgin Islands in particular and throughout the Caribbean region. von Hillebrandt-Andrade’s strong push for consistent funding of the Puerto Rico and Virgin Islands seismic networks, as well her work to identify and minimize seismic station coverage gaps through regional partnerships, are among the accomplishments cited by her colleagues in nominating her for the award.

“With little in the way of leverage over international partners, Christa wins over potential allies with appeals to the better parts of everyone’s nature, and by offering opportunities to be part of a winning team that is having demonstrable, positive impacts on people’s lives,” said Pulliam, who nominated von Hillebrandt-Andrade for the award. “Christa’s successes have been powered by her enormous energy, enthusiasm, intelligence and dedication to science and public safety and have been aided by a good sense of humor and an unfailingly upbeat attitude.”

In their nominations for the Press Award, von Hillebrandt-Andrade’s colleagues noted her unflagging dedication and success in public outreach, citing in particular her ability to interpret complex science and to foster community-centered earthquake and tsunami education. Since 2009, she has led coordination of the CARIBE WAVE exercise, an annual event for public and private institutions and members of the public in 48 participating countries to test communications, education, evacuation drills and more in the face of several tsunami scenarios. More than 800,000 people participated in the 2019 exercise.

“It is an honor to have been nominated and selected by my peers for the Frank Press Award. Working with a diverse and large group of stakeholders for advancing data and science-based earthquake and tsunami readiness has been a privilege,” said von Hillebrandt-Andrade. “This award and the recent earthquakes in Puerto Rico motivate me to continue working towards safer communities.”