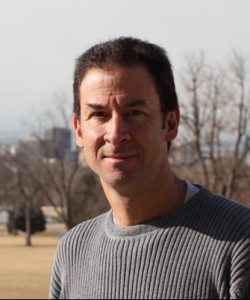 David J. Wald is involved in research, development, and operations of real-time information systems at the NEIC. He is responsible for developing and managing ShakeMap, which provides near-real-time maps of ground motion and shaking intensity following significant earthquakes; the citizen-science earthquake reporting system Did You Feel it?; and leads development and operations of other systems for post-earthquake response and pre-earthquake mitigation, including ShakeCast, Ground Failure, and PAGER.

Along with his work at USGS, Wald is the Editor-in-Chief of EERI’s premier journal Earthquake Spectra and is an Adjunct Professor in the Geophysics Department at the Colorado School of Mines. Wald was an IRIS/SSA Distinguished Lecturer in 2004 and received EERI’s Distinguished Lecturer award in 2014. He also served on the Board of Directors for SSA and EERI and was the 2009 recipient of SSA’s Frank Press Public Service Award. In 2021, Wald received the USGS Shoemaker Lifetime Achievement Award in Communications, an award granted annually to a scientist who creates excitement and enthusiasm for science among non-scientists by using effective communication skills.

Wald met Joyner on various trips to USGS in Menlo Park during his graduate studies and while a National Research Council postdoc at the Pasadena USGS office. Wald considers walking the halls of the USGS in Menlo Park in those days as being like “a kid in a candy store, only the candy in this case was being able to drop in on esteemed scientists like Bill Joyner, Dave Boore, Tom Hanks, Bill Ellsworth, Mary Lou Zoback, and so many others. What an honor!”