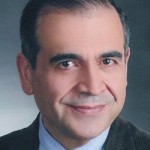 Erdik is recognized by engineers and seismologists worldwide as an expert on strong-motion characterization, earthquake hazard and risk assessment. Following his Ph.D. in 1975 from Rice University, he joined Middle East Technical University in Ankara and served as the Director of the Earthquake Engineering Research Center. In 1988 he joined Boğaziçi University in Istanbul, where he now serves as Director of the esteemed Kandilli Observatory and Earthquake Research Institute. He founded the Department of Earthquake Engineering in 1989, one of the few in the world, and has mentored and supervised fifty graduate students. Since 1995 he has been editor‐in-chief of Soil Dynamics and Earthquake Engineering, and is currently president of the Turkish Earthquake Engineering Research Committee. The Istanbul Earthquake Rapid Response and Early Warning System, composed of 200 real-time strong motion accelerometers and 5 sea‐bottom accelerometers in Marmara Sea, was built and operated under Erdik’s direction. He has also directed the installation of structural health monitoring arrays in UNESCO World Heritage treasures Hagia Sophia and Suleymaniye Mosque, as well as in suspension bridges, tunnels and tall buildings, nuclear facilities, LNG tanks, and petroleum pipelines.

Erdik has focused his prodigious energies on the vulnerability of large urban centers. This was a prescient insight, as today we all have come to recognize that the threat of urban earthquakes is the Achilles heel of the modern world. Erdik directed the development of a new algorithm for urban earthquake risk assessment (KOERI‐LOSS), producing sobering scenario loss assessments for Izmir, Istanbul, Tashkent and Bishkek. He then went on to develop the software package, ELER (Earthquake Loss Estimation Routine), for the estimation of earthquake shaking and losses throughout the Euro‐Mediterranean region. ELER is used in many countries for scenario earthquake loss and post-earthquake rapid shake and damage map assessments. Today, there are few more powerful ways to enrich and assist others than through software. The Scientific Board of the Global Earthquake Model seeks ‘luminary evangelists,’ outstanding scientists and skilled international leaders who can inspire those around them. Erdik is the embodiment of this ideal, serving the Board with distinction for three years.

Erdik has an outstanding record of original research contributions, with Erdik et al. (Soil Dynamics & Earthquake Engineering, 2004), Erdik et al. (Bull. Earthquake Engineering, 2003), and Erdik et al. (Tectonophysics, 1985) as stand-outs. His paper, ‘Probabilistic Benefit-Cost Analysis for Earthquake Damage Mitigation: Evaluating Measures for Apartment Houses in Turkey’ (Smyth et al., Earthquake Spectra, 2004) is one of the most important contributions to mitigation and preparedness in a decade, because this study rigorously demonstrates that retrofits—something that so many people could do—work.

Through exceptional people like Mustafa, the science advances, the practice advances, and the indispensible measurements on which the future of our science depends, are made.

Erdik will be presented with his award at the EERI Annual Meeting in February 2013.