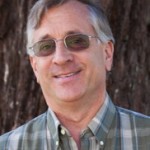 An influential seismologist and community leader whose research has refined our understanding of the Earth’s deep interior, Thorne Lay was honored by SSA at the 2015 annual meeting in Pasadena, Calif.

Known for consistently contributing to advances in some of the most difficult problems in seismology, Lay’s broad scientific outlook is reflected by the breadth of his research contributions to the imaging and improved understanding of Earth’s interior, the study of earthquakes and the monitoring of nuclear explosions.

Lay’s pioneering work has shaped the current understanding of the structure and dynamics of Earth’s mantle and core. His graduate work at the California Institute of Technology in the late 1970s led to the discovery of a layered structure in the D″ zone of the rocky mantle adjacent to Earth’s liquid metallic outer core, and the first modern, detailed description of this boundary region. Studying seismograms to decipher what anomalous signals reveal about the Earth’s interior, Lay’s work identified and characterized this “seismic discontinuity” in the lowermost mantle, or an abrupt change in the speed at which seismic waves pass through this region, and sparked research across the geosciences to understand the physical and chemical structure of D″ and its implications for affecting Earth processes from the core to the surface.

Throughout his career, Lay has also been at the forefront of seismic analysis of earthquake processes, including the rupture characteristics of the largest earthquakes in the seismic record. His intimate connection to data has helped with the nature of his work – trying to understand something thousands of miles away, deep in the Earth’s interior or on the other side of the planet. His early work focused on the characterization of large earthquake sequences and subduction zones, and he has published analyses of each of the great earthquakes of the last decade, providing important case studies for investigations of earthquake interactions, hazards, triggering of adjacent or distant earthquakes, and the fundamental rupture physics of how earthquakes occur.

Lay’s contributions to the field of nuclear explosion seismology have improved the operational capability of the U.S. government to monitor foreign nuclear tests and other seismic events. His publication record on nuclear monitoring topics spans 25 years, focusing on seismic waves recorded at a variety of distances, and addresses the basic understanding of critical wave propagation issues as well as practical work illustrating approaches to monitoring tasks, such as determining the explosive yield and discriminating among man-made and natural seismic events. Lay’s early papers, published while still a graduate student, influenced the debate within the United States government regarding the then-Soviet Union’s testing program and its adherence to treaty limitations.

In addition to his research accomplishments, SSA honored Lay for his service to the scientific community.