Mai is a professor of geophysics in the Earth Science and Engineering program of the Physical Sciences and Engineering Division at KAUST. He joined KAUST in June 2009 as a founding faculty member. 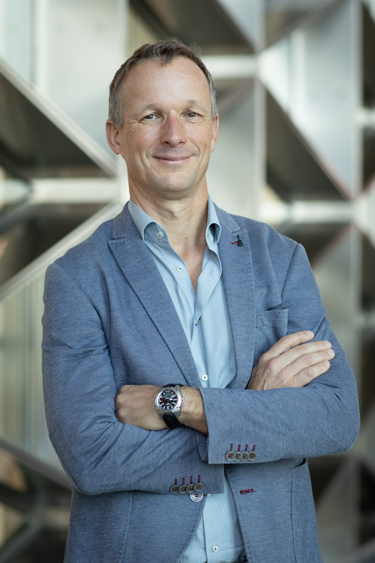 His research addresses the physics of earthquakes and the complexity of earthquake phenomena, with focus on earthquake-source imaging, dynamic rupture modeling, and earthquake mechanics. His work extends to strong ground-motion properties and high-performance computing-enabled physics-based seismic (including scattering in heterogeneous media) and tsunami simulations, and thereby spans from fundamental earthquake physics to earthquake-engineering applications.

Another major part of Mai’s research involves using seismic data to image the structure of the Earth’s crust and upper mantle beneath the Arabian plate, with the goal to help unravel the geodynamics of the Arabian plate and the Red Sea.

He has published more than 100 peer-reviewed papers, and since 2003 has supervised more than 35 graduate students (Ph.D. and M.Sc.) and over 15 postdoctoral researchers. Mai served as president of the Seismology Division of the European Geosciences Union from 2015 to 2019.

In 2018, Mai was recognized by SSA as an “Outstanding Reviewer” for his thorough and prolific work on BSSA. He has been a consistent reviewer for the journal since 1999.

Mai will succeed Thomas Pratt, a research geophysicist at the U.S. Geological Survey, who began his five-year term at BSSA in 2016. During his tenure, Pratt cultivated several special issues, including issues on the 2016 Kaikoura earthquake, 1967 Koyna earthquake, the 2019 Ridgecrest earthquake sequence, and observations, mechanisms and hazards of induced seismicity. Upcoming special sections developed under Pratt’s tenure include advances in site response estimation (August 2021), fault displacement and near-source ground models (October 2021), and a special issue on Martian seismology and the InSight mission to Mars (December 2021).

First published in 1911, BSSA is the premier journal of advanced research in earthquake seismology and related disciplines and has an impact factor of 2.274. BSSA publishes original papers advancing our understanding of seismology and seismic hazard analyses, as well as review articles summarizing important research topics. The journal’s format allows papers to fully explore research topics in detail. The journal unveiled a full redesign in 2020.

To learn more about the journal, visit BSSA’s website.