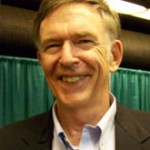 Boore, a geophysicist with the United State Geological Survey, developed SMSIM, a well-known method for computing estimates of ground motion from simulated earthquakes that is used by engineers and designers.

With more than 230 publications during his career, Boore’s work has advanced the understanding of strong-motion seismology. Focusing primarily on strong ground motion, Boore’s work has influenced seismic building standards and improved seismic safety in the U.S. and around the world. During his career, Boore has focused on the prediction of strong ground shaking, both from analysis of observed data and from simulations.

Boore has been on the forefront of improving ground motion prediction equations (GMPEs). Between 1982 and 2008, one can find at least 20 significant publications published by Boore on GMPEs that delve into critical issues for the central and eastern United States, extensional regimes, subduction zones and other regions of the world including Taiwan, Turkey and Europe.

The recipient of this medal is recognized by each of the three organizations that co-sponsor the award and receives the award at the meeting of his/her choice. Dave elected to receive his medal at the SSA Annual Meeting in Portland, OR in April 2010.