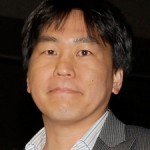 The Seismological Society of America (SSA) will honor Katsuichiro Goda for his prolific work to reduce earthquake risk around the world, awarding him the Charles Richter Early Career Award on April 17 at its annual meeting in Salt Lake City.

Though still early in his career, Goda has authored 50 papers on a wide range of topics, and many of his publications start by making a new contribution in ground-motion seismology, such as developing new ground-motion equations or formulations, then progress to explore the implications of those findings in engineering practice, such as for the nonlinear response of structures.

His published work includes the development of spatial correlations models for California and Japanese earthquake data, opening new avenues through which quantitative seismic loss estimation studies for urban areas can be carried out. He has also turned attention to lifecycle cost-benefit analysis of buildings with different strengths and energy dissipation devices (for example, tuned mass dampers and base isolation). His works on cost effective and socially acceptable seismic design methodologies, along with earthquake insurance portfolio analysis, point the way to practical solutions in risk mitigation.

Goda has demonstrated, for example, that financial incentives, such as tax cuts and subsidies, can cause a considerable reduction in risk to human and economic loss through a combination of installing seismic isolation devices and purchasing of earthquake insurance. His work allows risk analysts to capture the catastrophic physical nature of earthquake disasters, where significant damage happens to numerous stakeholders simultaneously, and facilitates the study of safe and cost-effective solutions by prioritizing mitigation efforts in more vulnerable areas.

Goda earned his master’s degree in agriculture from Kyoto University and his doctoral degree in civil engineering from The University of Western Ontario.