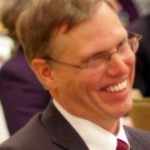 Following his PhD in 1985, Abrahamson worked for several consulting companies and as an independent consultant, then joined Pacific Gas and Electric Company (PG&E) in 1996, where he is currently employed as Chief Scientist in the Geosciences Department. In parallel, he has consulted on many projects worldwide and, since 2003, serves as an Adjunct Professor of Civil Engineering at the UC Berkeley and Davis campuses. He is an active member of SSA, EERI and COSMOS, and has held leadership positions on each organization’s Board of Directors. Abrahamson authored with Bolt some of the pioneering papers to answer practical and significant engineering problems regarding seismic wave coherency and spatial variation of seismic wave forms, and also provided one of the first estimates of fault rupture velocity and direction, which has applications in directivity analyses. Abrahamson has become a leader in the development of ground-motion prediction equations (GMPEs) and in analyzing the statistical properties of peak parameters and their variability.

Abrahamson’s strong leadership is due in good part to his rare ability to not only focus on resolving technical issues arising in challenging, state-of-the-art projects, but also to recognize the need for changes in engineering practice and make them happen. He has improved regression procedures used in GMPE development, improved methods for spectral matching, and provided a verified Probabilistic Seismic Hazard Analysis (PSHA) code that is widely used in industry. This work has been part of his initiative to address practical issues of time-series selection and scaling in structural analysis. He has helped initiate and guide research efforts that directly impact engineering seismological practice, including the PG&E Lifelines, NGA-West, and NGA-East programs at PEER, and the Extreme Ground Motion Program sponsored by the Department of Energy. Abrahamson has also provided essential technical leadership in two recent and significant ground-motion characterization studies using expert elicitation: the Yucca Mountain nuclear waste repository project and the Swiss PEGASOS project. Currently, he is the Technical Integrator for the SSHAC Level 3 PSHA studies for the Diablo Canyon Nuclear Power Plant and BC Hydro. In these and like projects, his direction is to “focus on what matters.”

Building understanding and improving communications between the seismological and engineering communities is an ongoing outcome of Abrahamson’s efforts. As an adjunct professor and a guest lecturer, he has been teaching classes on strong-motion seismology and PSHA with the particular goal of preparing the next generation of engineering seismologists and earthquake engineers, thereby improving the health of the engineering seismology profession itself. He takes an active role in educating current practitioners and frequently speaks at public conferences and private meetings where he focuses on PSHA and the proper use of strong ground-motion data.

Abrahamson received his award at the COSMOS Annual Meeting and Technical Session in November 2012.