15 November 2021–The Earthquake Engineering Research Institute (EERI), the Consortium of Organizations for Strong Motion Observation Systems (COSMOS), and SSA are pleased to announce that C.B. Crouse, principal engineer at AECOM, is the recipient of the 2022 Bruce Bolt Medal. The award will be presented at the 12th National Conference on Earthquake Engineering in Salt Lake City, Utah, taking place from 27 June -1 July 2022. 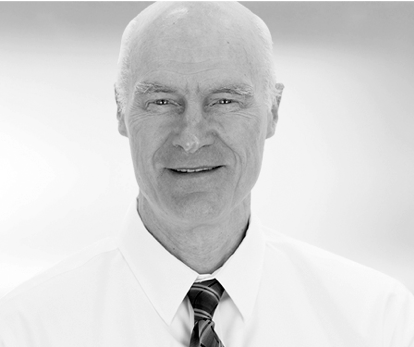 The Bruce Bolt Medal honors the legacy of Bruce Alan Bolt (1930-2005), a pioneer at the intersection of earthquake science and earthquake engineering. Both an internationally recognized seismologist and an elected member of the National Academy of Engineering, he served as founding president of COSMOS, president of SSA, president of the International Association of Seismology and Physics of the Earth’s Interior (IASPEI), and chair of the California Seismic Safety Commission.

The medal is awarded jointly by EERI, COSMOS and SSA to recognize individuals worldwide who work at the intersection of seismology and earthquake engineering, whose accomplishments involve the promotion and use of earthquake measurements, and whose leadership in the transfer of scientific and engineering knowledge into practice or policy has led to improved seismic safety.

Crouse has been a consultant in earthquake engineering and engineering seismology for 47 years. He works as principal engineer at AECOM in Seattle, Washington, where he primarily conducts seismic hazard and soil-structure interaction studies and develops earthquake ground motions (response spectra and time histories) for various types of projects throughout the world.

Crouse received his Ph.D. degree in civil engineering from Caltech. He was one of the early researchers to collect and use strong motion data to develop ground motion models (GMMs) for shallow crustal and subduction zone earthquakes. Since 2000, Crouse has chaired the ground motion and foundation design subcommittees for the National Earthquake Hazards Reduction Program (NEHRP) and American Society for Civil Engineers (ASCE) 7 seismic provisions. He is a former COSMOS and EERI board member and former associate editor of the Bulletin of the Seismological Society of America. Crouse has authored or coauthored some 75 earthquake engineering publications.

As current chairman of the Southern California Earthquake Center (SCEC) Utilization of Ground Motion Simulations committee, he led the development of a web-based tool for obtaining site-specific MCER response spectra for Southern California per the requirements in Chapter 21 of ASCE 7-16. The approach used both the NGA West2 GMMs and 3D physics-based numerical simulations of ground motions from CyberShake.

Visit the Bolt Medal page to learn more about the award and past recipients.