15 July 2021–For Amir Salaree, the road to studying tsunamis began when he was a physics major at the University of Tehran, “looking for simple, real-world applications of all the beautiful math and physics that I was learning which would be useful to people,” he recalled.

Visiting a friend in the geophysics department, he learned about how researchers calculate the Earth’s radius. “I had seen pie charts of the Earth with precise values for deep discontinuities, but had always wondered how we knew that,” he said. “The answer was astonishing and called seismology—I was hooked!”

The 2011 magnitude 9.1 Tohoku earthquake and tsunami in Japan was another powerful career catalyst for Salaree. “I kept thinking about the lesson in humility that nature had taught us, how much we were yet to learn about the Earth. I became excited about how scientists from many different fields came to work together in order to improve our understanding of tsunami hazard,” he said.

As a postdoctoral fellow in Earth and Environmental Sciences at the University of Michigan, Salaree is part of this multidisciplinary field of tsunami research. He studies both the earthquakes that can be the source of tsunamis as well as the propagation, dynamics and hazards posed by tsunamis. Salaree also studies an unusual type of tsunamis called meteotsunamis, or tsunamis driven by air pressure changes associated with severe weather events. The work requires seismic, geodetic, hydrodynamic and acoustic data analyses. 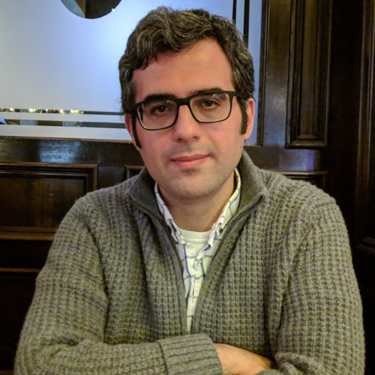 “There are three key ingredients that join hands in making a tsunami: a source, ocean and coastline,” Salaree explained. “Various parameters in each of these ingredients can change the shape and size of the tsunami.”

Details about the size, geometry and kinematics of the source–an earthquake, underwater landslide or volcanic activity–usually determine the initial size and shape of a tsunami. “This is why we need reliable information regarding the source quickly after onset to evaluate the tsunami and issue a warning if need be,” he said.

In the case of an earthquake, for example, the orientation of the fault line can determine the direction of the largest tsunami. “Or, for instance, how fast a fault moves can significantly change the behavior of tsunami at long distances from the source, or what we call the far-field,” Salaree added.

Shortly after a tsunami is created, it almost “forgets” about its source and “moves around the ocean following the fastest route, as determined by ocean depth,” Salaree said. “They move faster in deep waters, typically at the speed of jet planes in open ocean.”

This means that better maps of the ocean floor could help researchers make better predictions of tsunami behavior, but the shape of the shoreline is also important. “You can think of tsunamis as very long waves that can interact with shorelines in complex ways,” he explained. “Shorelines can focus or dissipate tsunamis, and semi-closed bays can resonate with slower, higher-pitch parts of tsunamis for hours and even days after the main event.”

Among his several research projects, Salaree has recently become interested in the field of seismo-acoustics, which analyzes the high pitch part of seismic energy that travels near the ocean surface. “Recently people have started to use fiber optic cables to record underwater acoustic signals, which has opened a window of opportunity to do this,” he said. “There is still a long way to go, and calibrations to both theory and instruments are needed. But successful streamlining of such a method will lead to significantly better understanding of earthquakes and tsunami and early warning.”

Data visualization plays a large role in Salaree’s work, as a quick glance at his YouTube channel can confirm. It’s a skill that also draws from his interest in cinematography and learning more about how light and sound can document a scene.

A good cartoon or video, he said, can go a long way in explaining a scientific result to the public.

“I think many of the misconceptions about scientific facts and issues in the society are because of miscommunication. Scientists usually try to convey their results in the scientific language which they have mastered over their many years of research. But their precise statements are not always well-understood by the public,” he noted. “At the same time, studies have shown that among the preceptory senses, sight is often the most powerful in humans. As a result, people are more comfortable relying on what they see to make up their mind.”

“But I think what has truly transformed tsunami studies, especially during recent years, is close collaboration among various seemingly irrelevant fields such as seismology, earthquake rupture, geomechanics, geomorphology, geodesy, computational fluid dynamics, meteorology and computer science, just to name a few,” he noted. “Such collaborative works have provided us with a clearer picture of how tsunamis work.”