31 August 2022–Andrea Bryant came to her work with NASA’s Dragonfly mission through what she calls “a beautiful accident.”

Quarantining by herself in a tiny studio apartment in 2020, the University of Chicago graduate student was looking for a NASA internship that might fit with her exoplanet studies. A posting for a Dragonfly internship caught her eye, mentioning the mission’s focus on Titan and icy worlds. She applied even though the deadline was the next day, thinking there was little chance for her to be accepted but that it was good practice.

Fast forward a few years later, and Bryant is spending the summer at NASA’s Jet Propulsion Laboratory in California, thrilled during her first days on campus to visit Mission Control and pass by full-size mockups of Mars Perseverance rovers.

The beautiful accident also changed her research focus away from astrophysics and astrobiology toward the growing field of planetary seismology.

Dragonfly is a rotorcraft drone mission to Titan, the largest icy moon of Saturn, that is currently scheduled to reach the moon by 2034. One of the instruments it carries is a seismometer that Bryant and her colleagues hope will give them insight into the icy world’s potentially dynamic interior. 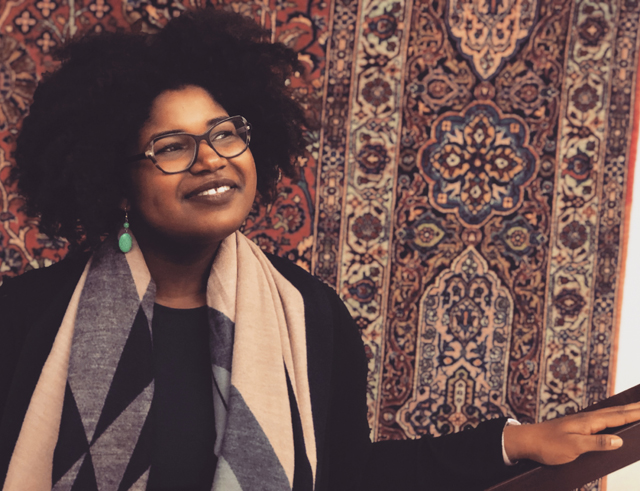 With advisor Mark Panning at JPL, Bryant is building computer models of the basic interior structure of Titan, simulating Titanquakes and analyzing their seismic traces in anticipation of what the mission might find.

The models help the team understand the constraints of the mission, “and determine what kind of seismometer to build and send, how sensitive it needs to be,” Bryant explained.

As with the Mars InSight mission, the team will only have data from one seismometer, limiting how they detect and locate the quakes. “And with ice it’s very different than rock, so we need to do these models to get an estimate of the types of events we might see,” she added.

Titan’s surface, an ice shell floating over an ocean of liquid water, may yield seismic data unlike anything seen on Earth, the Moon or Mars. By building a simulated catalog of Titanquakes now, “we hope we’ll be able to more easily identify the interior structure and what’s going on inside Titan once we get there,” said Bryant.

Bryant considered a career in science from a young age. “I tell people I was pre-med ever since I was five years old,” she joked.

The cosmos interested her, “but I didn’t know anybody who was doing space stuff, so it never seemed like a possibility or even an option.”

At Emory University, however, the possibility of a career in astronomy began to look more realistic. Her biology advisor Arri Eisen connected her with Argonne National Laboratory and a research associate position analyzing meteorites. Bryant also met Planetarium Director Erin Bonning, “an amazing example of a woman being an astrophysicist, who just really encouraged me to explore this career as an option.”

In a bridge program for the University of Chicago’s physics graduate program, however, Bryant had trouble finding advisors that could help her move closer to her goals. Her friend and colleague Katrina Miller wrote about Bryant’s experiences and those of other African American women scientists at the university in Wired.

Speaking out about the isolation and alienation experienced by Black women in academia “will help pave the way for future generations and help diversify these fields that predominantly have not been diversified, and even now seem almost inaccessible to a lot of people,” Bryant said.

She called the article “healing, after some traumatic experiences that were really holding me back, I feel like, within my work as a scientist. I just feel like now I’m free to do good science.”

Bryant’s unique path toward seismology continues, as she moves from space to catch up on all the earthquake science there is on Earth. Attending the SSA Annual Meeting this year “was so important for my development as a scientist and a seismologist,” she said, noting that she was particularly interested in the possibilities of earthquake early warning research.

Her dream project, though, remains off-planet. If it happens someday, she would like to be part of a team that drills through the icy shell of a moon like Titan. “To be able to get to the ocean floor and transmit data from depths of these icy ocean worlds back to Earth—that would be almost science fiction.”