16 June 2020–In 1988, as a graduate student, SSA President Bill Walter and his colleagues arrived in Kazakhstan to record a Soviet nuclear test as part of the U.S.-USSR Joint Verification Experiment (JVE). The partnership was an unusual one in the context of the Cold War: U.S. and Soviet scientists worked together to compare on-site methods of measuring the yield of nuclear explosions. The data were necessary to move forward on a global nuclear test ban treaty.

During tests in the U.S. when out in the field to record them, “we wouldn’t be able to feel the blasts, they were so attenuated” by the tectonically “broken-up” terrain of the Nevada desert, Walter said. But on the broad and solid plain of the Kazakhstan site, the blast “was a good shake. You wouldn’t have missed it.”

The recordings showed that the tectonic setting of the tests made a difference in the seismic fingerprint of the blasts, eventually helping the two countries agree on a method to calculate explosion yield. “It was one of the cases where the U.S. and Soviet Union had a genuine disagreement, and it came down to a science question,” Walter said. 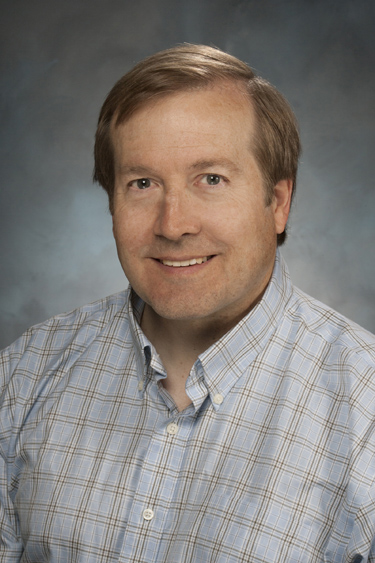 “That stands to me as a really monumental achievement for both politics and science,” he added. “It had a big impact on me that continues to this day.”

Today Walter leads the Geophysical Monitoring Programs at the Lawrence Livermore National Laboratory, specializing in R&D related to seismic source physics and explosion seismology and nuclear test monitoring capabilities. Explosions from mining blasts to nuclear tests shake the earth and create seismic waves similar to those produced by earthquakes. Walter and his colleagues have developed ways to distinguish between the seismic signatures of an explosion and an earthquake, as well as use seismology’s methods to pinpoint the size and location of explosions.

During the 1980s, when Walter was a graduate student at the University of Nevada, Reno, there were near-monthly nuclear tests happening around the globe. But thanks in part to the efforts of scientists like him, the international Comprehensive Nuclear-Test-Ban Treaty(CTBT)  opened for signing in 1996 has slowed the tests to a trickle. The global seismic networks established as part of the CTBT are about 90% complete.

Today, the emphasis is on monitoring smaller nuclear tests “that are maybe only detected on regional or local networks, and on interdisciplinary work,” said Walter. “With explosion monitoring, you get to use all aspects of seismology.”

He works with teams of scientists who use satellite-based radar techniques for identifying ground disturbances at test sites, for instance, and with those who look for traces of the radioactive elements created in a nuclear explosion. With smaller explosions, like in North Korea’s first test in 2006, the researchers also need better models of the Earth’s structure to be able to pinpoint an explosion’s location within a few kilometers.

Another skill that comes in handy is learning how to communicate technical findings with non-scientists charged with developing nuclear monitoring policy. Walter worked on the 2012 National Academies report on the CTBT. “It’s tough as a scientist to shed all jargon and try to speak in a simple but not incorrect way,” Walter said, who said planning ahead can help.

Since 2010, Walter has been a leading researcher on the Source Physics Experiments (SPE), an ongoing multi-institutional project involving Lawrence Livermore, Los Alamos and Sandia National Laboratories at a former Nevada nuclear test site. The SPE is using chemical explosions to better understand the seismic waves they produce and to refine detection techniques. “If we put an explosion in a complicated geological material, we want to know how it reacts to that, how the waves propagate out, how can we build numerical simulations of that,” he said.

The Source Physics Experiments is unique in seismology in that it doesn’t rely on Mother Nature to provide its raw data, Walter noted. “It’s the best experiment I’ve worked on in my career, because it’s really using the scientific method instead of waiting for what we can record.”

Walter’s early interests in science began with the moon landing and a father who was a laser physicist. “I had a rock collection as a kid, but in high school I got more interested in chemistry and physics, making fireworks,” he recalled. “It was challenging trying to get the different colors—strontium for red, barium for green—and trying to get the shells up high enough with a launching charge and then getting the timing right for a good bursting charge to form a nice firework.”

Growing up in Long Island, seismology was not on his radar—he focused on physics instead. But in graduate school he was funded through a Sloan Foundation fellowship to work on monitoring a nuclear test ban treaty, and he began the work that led him to Kazakhstan and beyond.

Walter’s first scientific talk was at the 1987 SSA Annual Meeting in Santa Barbara, California, and he has served on SSA’s Board for five years “I have a great affection for SSA,” he said. “It’s a much friendlier, more receptive society than some. It’s my goal as president to keep it strong and keep it moving forward.”

He would like to see the Society continue its good work in supporting peer-reviewed science in its journals, including The Seismic Record launching this fall. “Peer review is so important for science and it seems to be missing from a lot of other communication in society,” he said. “It’s important to keep our science on a good footing, and a core part of that is our peer-reviewed journals and our meetings that offer ‘in-person’ peer review.”

Providing mentorship and support to students and early career members, who have advanced technical skills that make them attractive to employers outside of seismology, is also important to Walter. “To stay in the science lane, you have to see a path forward that makes sense,” he said. “And often, it helps to know someone who has that job.”