14 February 2022–At the Colorado School of Mines, where Delaine Reiter was an undergraduate, she found her interests in math and Earth physics turned toward exploration seismology and near-surface studies. “I was looking at big reflection surveys of the very shallow crust, trying to find oil and gas plays,” she explained.

But after a Ph.D. and postdoc in geophysics from MIT, Reiter was less excited in joining the oil and gas industry and looking for a job closer to Boston. “There was a research program at an Air Force base near there that focused on nuclear explosion seismology,” she said. “So I’ve stayed in that field for the bulk of my career, and it’s never failed to produce interesting things to work on.” 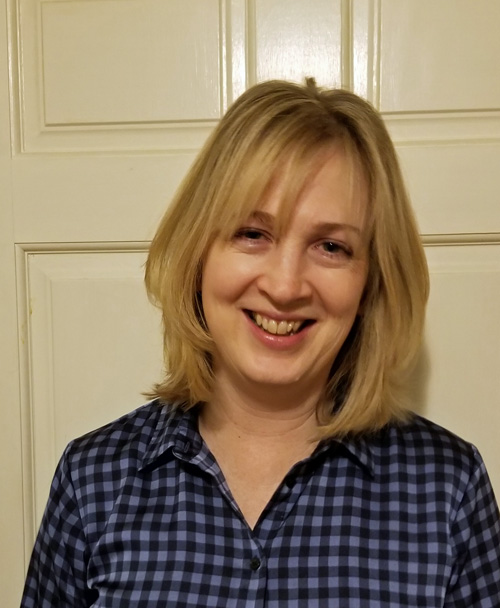 Reiter is now a principal scientist at Applied Research Associates (ARA). Three years ago, ARA bought the smaller seismic consulting business Weston Geophysical, where Reiter had spent most of her career. Instead of day-to-day research, she now spends more time pulling together the teams that will work on specific problems. “I’m getting comfortable with this treetop level view, but a good day for me is when I get to play with the data,” she said.

Explosion seismology was a significant switch from exploration seismology at first, Reiter recalled. “It’s different from oil and gas because we don’t always know the origin time of something that happened or where it might have happened.” Her switch to explosion seismology overlapped with the implementation of the Comprehensive Test-Ban Treaty. To monitor compliance with the treaty, researchers like Reiter use a global network of seismic stations to detect and locate nuclear test explosions.

In the time she has worked in the field, there has been “a much bigger push to get the answers at closer-in distances,” Reiter said. With expanding regional and local sensor networks around the world, researchers can monitor more places beyond China and Russia, she noted. “We’re now not monitoring from thousands of kilometers away since we can usually get data from within a few hundreds of kilometers away. But when you’re closer in like that, the seismic waves get more complicated to study.”

Inverse theory, which uses seismic wave data to reconstruct structures and features within the Earth, is something “that I’ve been really into over the years, imaging the crust and mantle and figuring out the velocity and attenuation of waves from remote sensing and seismic measurements,” Reiter said. “I like the math of it and understanding what you can constrain and what you can’t in your models.”

The techniques used to study explosion seismology can be applied to other problems in seismology and fields beyond, Reiter added. “Medical imaging, radio frequency signals—anything that has got a time series component, you can use the signal processing techniques you’ve learned for seismology.”

“Seismologists aren’t afraid of data, we love data,” she said. “In this new world of big data, we come well equipped. We can incorporate machine learning tools and deep learning tools into the toolbox that we already have.”

Working as a researcher within a company for most of her career “is unusual, but it’s been a ball,” she said. For students who are considering a future in industry, Reiter recommends exploring the possibilities through as many internships as possible. “Go see what it’s like to work for a company,” she said, “because academic careers are fine but there aren’t as many of them as there are places to work in great technical, forward-looking companies.”

There are people in these companies doing basic research, Reiter said. “You just have to keep digging until you find the right fit for yourself.”