14 February 2020–As he pursued his master’s degree at Boise State University, Marlon Ramos was doing what he calls “traditional, active-source seismology,” interpreting seismic pictures of tsunami-producing faults near the Kodiak Island segment of the Alaska-Aleutian megathrust zone.

“I had an interest in subduction zones and the very large earthquakes that occur there,” he says. “But I realized that I didn’t have a good grasp of the actual physics of how these earthquakes start, or how to go about modeling these processes. I was just sort of looking at these structures after they had already been placed there by nature.”

The physics question put Ramos on the path to a Ph.D. at the University of Michigan, where he is now a doctoral candidate. His research involves designing and implementing models of the earthquake rupture process, with a special focus on the Cascadia Subduction Zone of the U.S. Pacific Northwest. 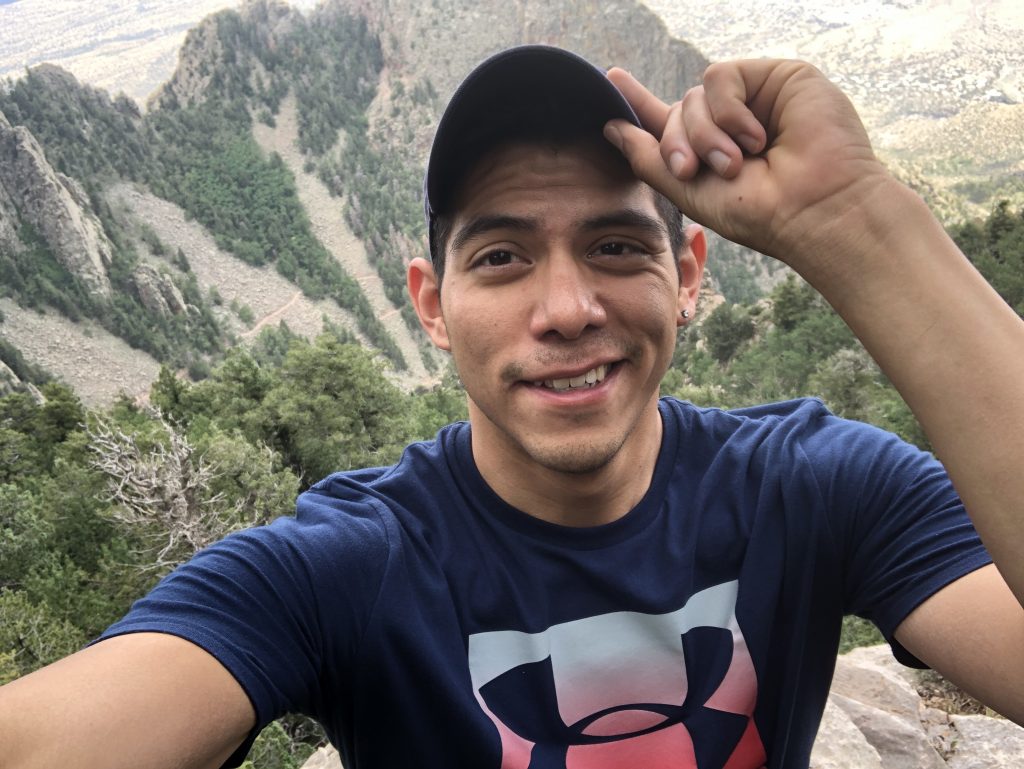 “My work is very computational in nature—we use simulations, supercomputers, parallel computing,” he explains. “We place physical constraints gleaned from seismic, geologic and geodetic observations into our models to see how an earthquake evolves in response to these conditions.”

The transition to computational modeling placed Ramos “a little out of my comfort zone at first, but I knew that it was the field that I wanted, with more coding experience, since I thought it would also be helpful for my career in the long run.”

Working on subduction earthquakes also fits in with Ramos’ desire to make his research societally relevant. “For me, it makes one of the biggest contributions to society,” he says. “Most of the world’s population is concentrated in urban centers, and a lot of those centers border an ocean.”

Seismologists know that subduction-zone earthquakes can produce severe ground shaking and the threat of tsunami, “but we’re still limited in our observations and our understanding of what happens there, especially offshore where a lot of these faults are,” Ramos says.

An image of the Earth’s interior that caught Ramos’ eye in college got him interested in the geophysical sciences. After graduating with his bachelor’s degree from the University of Nevada-Reno, Ramos worked as an assistant researcher at the Nevada Seismology Lab with Dr. Ileana Tibuleac on ambient noise analysis and techniques to discriminate between the seismic signals of earthquakes and explosions. This experience is what got him hooked on seismology. This past year, he did an internship with the Air Force Research Laboratory on nuclear explosion monitoring. He is also working on physics-based models of the 2019 Ridgecrest, California earthquake sequence.

“As I get further along in my career, I realize that science is really interdisciplinary. I always keep that in mind, and make new connections by talking to different people,” Ramos says, “Some of my most engaging discussions haven’t been with dynamic earthquake modelers, it’s been with people who make observations, people who know the geology of these faults. I take away a lot from that. Because at the end of the day, we want our models to be as physically realistic as we can make them.”

Ramos also was one of SSA’s 2019 Geosciences Congressional Visits Days travel grant recipients, where he learned about federal issue advocacy and visited Michigan and Ohio congressional staff to speak about geosciences legislation.

Scientists tend to focus on improving their technical skills, “but there’s also the integral aspect of communication, because what we do shouldn’t just stay in the journals,” says Ramos. “Especially in the geosciences, what we research is fundamental to fields like energy and defense … communication is an important tool to motivate change and enact legislation.”

Ramos is a member of the Northern Paiute Tribe. “I grew up on a somewhat isolated indigenous reservation. I’m a first-generation scientist—no one else in my family has ever pursued a STEM degree, or a master’s or Ph.D.”

Lack of diversity remains a problem in the geosciences, Ramos says. “If you say geologist, what comes to mind is a white guy in flannels.”

Correcting this problem “has to do with complex cultural and socioeconomic factors, and it’s a larger national issue that has to be addressed at the K-12 education level,” he says. “People from disadvantaged backgrounds just don’t have the access, opportunity or the awareness.”

Ramos is still contemplating his future career options, but the Air Force internship in particular has sparked his interest in working for one of the national labs. “I find that work really fascinating, and a lot of the basic research there involves engaging questions that have a meaning for society.”