16 December 2020–Big earthquakes may grab the headlines, but for Takahiko Uchide, the small events are just as interesting.

“Overall, large and small earthquakes are similar to each other in various aspects, while some differences may exist,” he adds. “But the much more frequent occurrence of smaller earthquakes gives us more opportunities to study.” 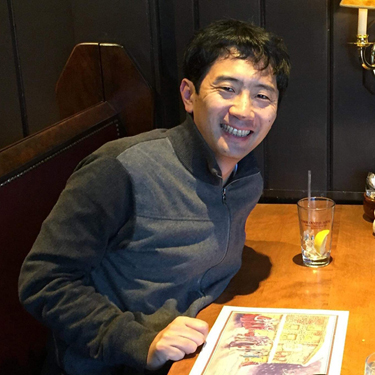 Uchide is a senior researcher at the Geological Survey of Japan, AIST. Much of his work centers on understanding earthquake source processes, or how an earthquake rupture takes place. This involves both the physics of the rupture, such as the physics of friction at the fault, and the rupture environment, or the stress applied to the fault.

“One of the fundamental questions in earthquake seismology is why and how large earthquakes occur, though almost all earthquakes are very small,” Uchide says. “We shed light on the similarities and differences among the source processes of different sizes of earthquakes and investigate the factors that make them similar or different.”

In one recent study, Uchide investigated the focal mechanisms—which reflect fault orientation and fault slip direction—of 110,000 small earthquakes in Japan, to learn more about stress orientation at the depths of the earth where most earthquakes start. “The focal mechanisms of moderate or larger earthquakes are routinely determined, but my catalog contains a hundred times more earthquakes, and therefore its spatial coverage was substantially improved,” he says.

To perform this study, Uchide used deep learning techniques, a type of artificial intelligence involving neural networks. Detecting earthquakes and picking the arrival times of seismic waves—a task that is still done often by hand—“has been a bottleneck in small earthquake studies,” he explains. “This new technology should help us extract information on the rupture processes of small earthquakes and fault properties from numerous data.”

His workdays are mostly spent in front of a computer, creating programs for data analysis and managing seismic data, but he does spend some time in the field as well. “Every three months I go into the field for the maintenance of a campaign seismic network composed of seven stations,” Uchide says. “This is a good opportunity to refresh myself.”

As a child, Uchide was interested in mathematics but says the 1995 Kobe earthquake, which occurred when he was finishing junior high school, had a big impact on his future career. “At that time, I was impressed by an article in a newspaper that said earthquakes were the rupture of a certain size of fault, though we usually see hypocenters as ‘points’ on TV and newspapers,” he recalls. “Later, in the University of Tokyo, a class on earthquakes led me to seismology, which merged my interests in mathematics and earthquakes.”

Today, Uchide is the one delivering educational and public outreach. He served as chair of the Seismological Society of Japan’s Seismology Summer School in 2020, and each year participates in his institute’s open house, displaying 3D models of earthquake distribution in Japan through video and models made on a 3D printer, and translating seismic wave data into sounds for visitors.

Earthquake research has a big impact on Japanese society, he says. “Many people around my institute in Tsukuba, Ibaraki Prefecture, experienced strong shaking from the 2011 Tohoku-oki earthquake and often feel moderate shaking from moderate earthquakes. Everyone cares. I usually try to speak about what we know, what we don’t know, and what we try to know.”