15 December 2021–The plan was to become a lawyer, says James Kaklamanos, recalling his early years as an undergraduate.

But an interest in math and science, and encouraging science mentors at Tufts University, soon had him wondering if law school was really in his future. The Sumatra earthquake and tsunami in 2004 and Hurricane Katrina in 2005 completed his turn toward engineering.

“Natural disasters cannot be prevented, but it is the role of engineers to design systems that can withstand extreme events and protect the lives of people reliant on those systems,” he said. “The failure of the New Orleans levee system fundamentally changed my perception of engineering failures and the importance of decisions made during the engineering design process, and this disaster led me to hone in on the subdiscipline of geotechnical engineering.”

An undergraduate project on earthquake engineering with his eventual Ph.D. advisor, Laurie Baise, led Kaklamanos to graduate study at Tufts and a job in academia. Kaklamanos is now an associate professor of civil engineering at Merrimack College. “Looking back, the decision to switch my major to civil engineering was one of the best decisions I have ever made,” he said. “As an engineering educator myself, I now have the opportunity to inspire students to pursue careers in engineering.”

Kaklamanos’ research focuses on geotechnical engineering, specifically models to predict site response and earthquake-induced ground motion. “As seismic waves approach a site, they often encounter soft geologic materials near the ground surface, and the properties of these soft materials may result in large amplifications at the ground surface,” he explained. “This effect of near-surface geologic materials on seismic wave amplitudes is called site response, and it is an important factor that contributes to the seismic hazard at a specific location.”

“My research has focused on the statistical and theoretical modeling involved in site response analyses and ground-motion models and involves a balance between data-driven statistics and attention to the underlying physics of the models.” The ultimate goal, he said, is to improve the accuracy of ground motion predictions so engineers can better design earthquake resistant structures. 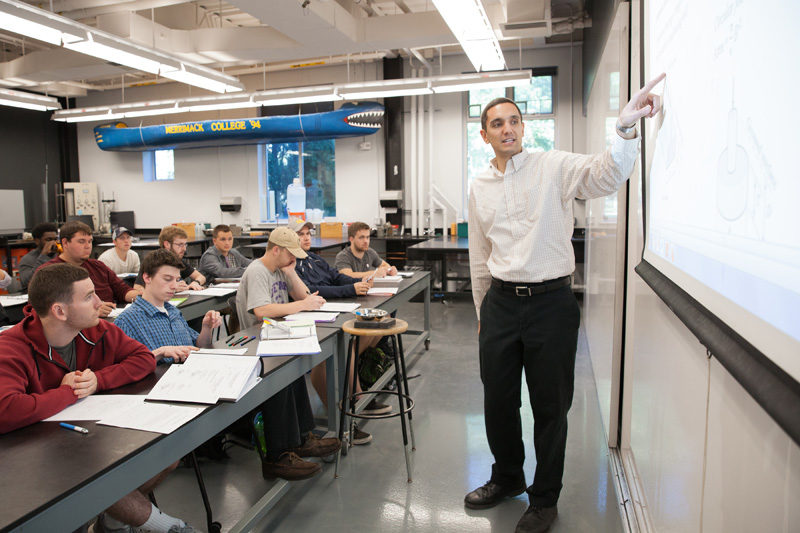 Understanding earthquake effects is an interdisciplinary endeavor, Kaklamanos said. He collaborates with seismologists, geophysicists, hydrologists, statisticians and economists, among others. “As someone with a geotechnical engineering background studying how earth materials respond to seismic waves, I can’t limit myself to understanding only the soil dynamics part of the problem.”

He attends a mix of seismological and engineering-focused conferences each year to build these connections and sharpen his technical skills. Consulting work, such as his ongoing collaboration on a probabilistic seismic hazard analysis at Idaho National Laboratory, also helps him better connect his research with real-world practice, he said.

For the most part, Kaklamanos’ work is computational, using site and ground motion data from across the world. The Kiban-Kyoshin (KiK-net) seismometer arrays in Japan, for instance, have provided important data for his research. He has studied site response and seismic hazard in the Boston and Seattle sedimentary basins, and collaborated with colleagues in New Zealand after the 2011 Christchurch earthquake sequence.

“Seeing the effects of those earthquakes firsthand – from the demolished buildings, to the pervasive liquefaction features, to the rockfalls in the hills – brought an entirely new human perspective to the importance of the work that engineers do,” Kaklamanos said.

Kaklamanos’ role as an educator is as important to him as his research. At Merrimack, he said, “I am fortunate to have the opportunity to promote a comprehensive approach to engineering education with high levels of faculty-student interaction inside and outside the classroom.” He might be one of the only geotechnical engineering professors to include a superhero mascot—”Soil Man”—into his classes.

“One of the most rewarding things for me is to receive a message from a former student giving me an update on their career and realizing that I was a part of that student’s development into a professional, that I helped them discover their academic or career goals, or simply that I made a difference,” he said. “A dream project in the future would be an opportunity to work with former students as colleagues, in a similar manner to how I now collaborate with some of my former professors.”