17 June 2021–Kristine Pankow’s Ph.D. research involved subduction zones—specifically, modeling shear wave structure of a subducting slab off the eastern coast of Russia. But when she began looking for jobs after receiving the degree, an offer from the University of Utah Seismograph Stations turned her sights further inland.

“This was right before the [2002] Olympics in Salt Lake, when the ANSS [Advanced National Seismic System] was building out its network in the Wasatch Front and they needed seismologists,” Pankow recalled. “They said, ‘can you come tomorrow?’”

Now as the associate director of UUSS and a research professor at the University of Utah, Pankow said the serendipitous job offer has turned her into an “opportunistic seismologist” who works on everything from strong motion studies to enhanced geothermal systems. 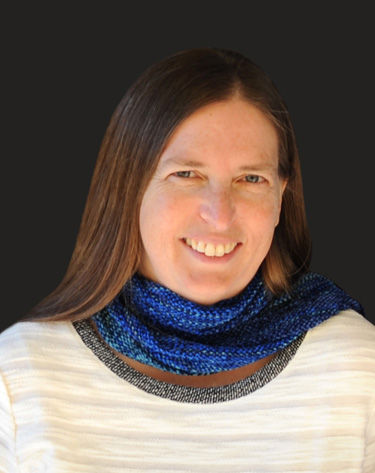 As part of the push to monitor seismic hazards before the Salt Lake City Olympics, Pankow was “all of the sudden learning a lot about ground motion and site amplification and getting ShakeMap up and running,” she said. After that, the 2007 Crandall Canyon Mine collapse turned her attention to mining-induced seismicity and brought her to a seat on the Utah Mine Safety Technical Advisory Council.

When the powerful magnitude 7.9 Denali Fault earthquake struck Alaska’s interior in 2002, it set off geysers in Yellowstone National Park, which is monitored by the UUSS. The event prompted Pankow and her colleagues to search for similar phenomena in the Utah seismic data, and she began to learn more about dynamic earthquake triggering.

“The most fun part for me is that I work in a network where we have all kinds of different sources, and as a network operator if you’re not looking at the data, you never really know how good your data is,” she said. “As a result of that, we look at the data and find all these interesting questions and projects.”

It can be challenging to get to speed on a new project, “and I am constantly on a seemingly overhanging learning curve,” Pankow noted. “But I really enjoy reading papers and trying to sort through what’s been done and looking back at old papers to put key things in context.”

In recent years she has spent more time mentoring postdocs and graduate students, “presenting them with observations to take a lead on,” she added. “I give these opportunities out to younger scientists, but I still read and ask questions and push.”

Some of her mentees are joining her on another large project, the seismic monitoring for Utah FORGE, a field laboratory funded by the U.S. Department of Energy where scientists are developing and testing enhanced geothermal system technologies. (Natural geothermal systems produce energy by heating water deep underground. Enhanced systems mimic the process by developing a subsurface system of rock fractures that can be injected with water.)

Pankow and her colleagues are putting in the network that will monitor the project’s drilling wells, which will go through their first tests in September. FORGE work continued through COVID-19 pandemic shutdowns, which along with the response to the 2020 magnitude 5.7 Magna earthquake “reminded the state that the UUSS plays a vital public role,” she said.

On her work computer—which she hasn’t visited for more than a year—she keeps a post-it note with the reminder: “A divided mind conquers nothing.” To make juggling her responsibilities a little easier, she picks one thing each day to work on when she has some free time.

In April, Pankow took on yet another role as the new secretary for SSA, “happy to have an opportunity to give back to this group,” she said.

“SSA’s always been my go-to organization,” she said. Mentoring sessions, the recent report by the SSA Diversity, Equity and Inclusion Task Force and “one of my favorite meetings of the year make me really proud to be part of SSA.”