30 October 2020–The Seismological Society of America (SSA) announced today the appointment of Keith Koper, professor and director of Seismograph Stations at the University of Utah, as the first editor-in-chief of The Seismic Record (TSR). 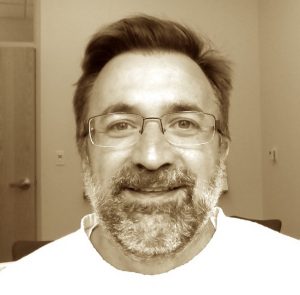 The Seismic Record is an open access, online only journal, publishing high-quality short form papers in seismology and earthquake science. The journal publishes research focused on all scales of seismological advances from planetary/global to local/geotechnical scales, solving problems related to structure and dynamics of the Earth, earthquake source physics, theoretical and cross-disciplinary topics.

With its first issue publishing in 2021, TSR provides an outlet to cover recent events and current topics of strong significance that warrant rapid peer review and publication.

Koper has served as associate professor and professor in the department of geology and geophysics at the University of Utah, and director of the University of Utah Seismograph Stations (UUSS), since 2010. UUSS operates as a distinct organizational unit that focuses on research, education and public service related to earthquakes and seismic monitoring. He has been a member of the U.S. Air Force Seismic Review Panel since 2011 and is now chair of the Utah Seismic Safety Commission since serving on the Commission since 2010. 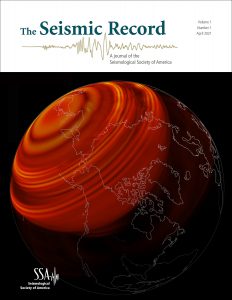 The story behind the seismogram
In honor of the founding Editor-in-Chief, the seismogram in The Seismic Record logo comes from the 18 March 2020 magnitude 5.7 Magna earthquake near Salt Lake City, Utah. The earthquake is the largest on the Wasatch fault system in historical times. Its mainshock and aftershocks took place in the middle of a dense seismic network, yielding a valuable data set of strong ground accelerations to study. The logo seismogram was recorded by a seismometer in Yellowstone National Park. “I picked it mainly because I’ve spent so much time working on it over the last several months and it is close to my heart,” Koper said.

Because the earthquake happened in a metropolitan area, “there are records of acceleration in buildings and bridges that are extremely useful to engineers,” Koper explained. “Most strong ground motion records are from thrust or strike-slip earthquakes, and this is arguably the best data set generated for a normal faulting earthquake. So it is an important earthquake in terms of generating data that will directly help to increase societal resilience to earthquake hazards.”

Koper has served on numerous professional committees and boards, including extensive service to SSA’s programs and journals. He was an associate editor for the Bulletin of the Seismological Society of America from 2003 to 2010 and co-chair of the organizing committee for the 2013 SSA Annual Meeting. More recently, Koper worked in 2017 on the SSA subcommittee to update a joint statement by SSA and the American Geophysical Union on the Comprehensive Nuclear Test Ban Treaty, and has served as member and chair of SSA’s Charles F. Richter Early Career Award subcommittee from 2018 to the present.

“I am genuinely excited to have this chance to contribute to The Seismic Record. It seemed like a once-in-a-career kind of opportunity and was too interesting to pass up,” said Koper. “The publications team at SSA is experienced and professional, and the SSA Board is strongly behind the new publication. I am confident that working together we will turn The Seismic Record into the world’s premier scientific journal for all things related to seismology.”