15 January 2021–In applied geophysics, studying the movements of the Earth goes far beyond the seismic signatures of natural earthquakes. During his career, Jonathan Ajo-Franklin has worked on permafrost, CO2 storage, geothermal energy, aquifer systems and more. 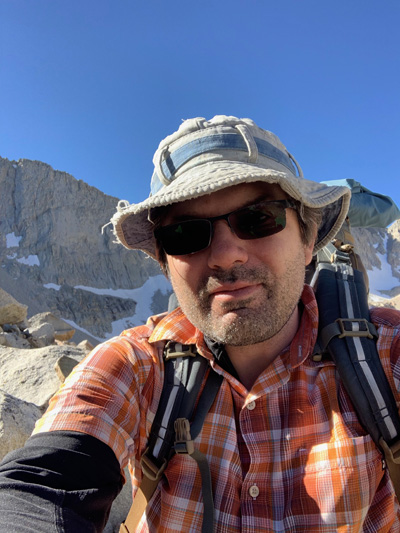 “My interests always lie in the intersection between what people do to the Earth and the seismic and geophysical signatures which we can measure,” says Ajo-Franklin, a Rice University professor and lead of the university’s environmental and applied geophysics lab.

Take, for instance, the question of what’s happening in an enhanced geothermal system, one of the lab’s major topics of study. Natural geothermal systems produce energy in the form of hot water or steam created from the Earth’s natural heat deep underground. Enhanced systems mimic the process by developing a subsurface system of rock fractures that can be injected with water.

Ajo-Franklin says these systems could be a huge untapped resource of clean and renewable energy in the U.S.—but they require the kind of close-up analysis he and his colleagues are working on. For instance, how do these human-caused fracture systems fare over time? “We ask, what is the sound of a fracture closing?” he says. “It happens so slowly and aseismically that it’s hard to measure, and you need exquisitely sensitive techniques to monitor and understand this.”

Oil and gas exploration and carbon sequestration pose similar problems, involving fluids that move around underground and change their properties over time, thereby changing the stress states of the rock layers they move through, he notes.

Ajo-Franklin’s interest in environmental geophysics stretches back to childhood hikes in national parks, and he entered college thinking about careers in biology, geology and computer science. But as an undergraduate at Rice, “I got the programming bug,” he says.

He graduated in 1998 at the height of the first dot-com boom, “so there was this hard choice between, do you take these new computer science skills and go to a start-up, or do you go to graduate school?” he recalls.

Undergraduate research experiences and mentors like Colin Zelt and Manik Talwani swung his decision in favor of graduate school at Stanford. For the first part of his career, he says, he mostly stuck with programming and the “algorithmic side of geophysics. But now I’ve gotten more interested in the acquisition side, or new ways of making the measurements themselves.”

Among the tools and techniques that Ajo-Franklin uses are distributed acoustic sensing or DAS, which repurposes the tiny flaws along a fiber optic cable as thousands of seismic sensors, and permanent source systems that generate a predictable seismic energy. These techniques offer a way to measure seismic events in fine spatial detail and to track small changes in rock properties over timescales from every few seconds to every few years.

He has used DAS, for instance, to image changes in permafrost structure in Alaska as part of a global climate change project. The data he and his colleagues collected there have led to a new understanding of the structure of coastal permafrost, where an upper layer of ice covers a layer of cold but unfrozen saline permafrost. “There are not too many people who have studied the seismic properties of this,” he says.

Ajo-Franklin returned to Rice in 2019 after 12 years as a staff scientist in the Energy Geoscience Division at Lawrence Berkeley National Laboratory. “In general people don’t think about the public sector when they’re in graduate school, but it’s a great opportunity if you are interested in team science and working on big problems,” he says.

Public sector jobs can also be a good way to solve the “two-body problem” of finding jobs when both partners in a relationship are researchers, he adds. His wife Caroline Ajo-Franklin, a biophysics and synthetic biology researcher, was a staff scientist at LBNL, and now heads a lab at Rice as well.

Although he treasures his time at LBNL, Ajo-Franklin says the return to academia has been rewarding. “The students provide a lot of energy, and I’m learning a lot in the teaching process. It makes you realize what you don’t understand very well, and it’s broadening and deepening my understanding of geophysics.”

He still spends some time each day looking at data and doing some programming. “For anyone in this field, I recommend carving out a little bit of time so that you can always do the things that make you excited about science.”