Seismological Society of America > News > Awards > Farzad Naeim to be Awarded the 2017 Bruce A. Bolt Medal 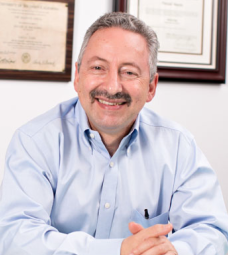 17 January 2017 – Farzad Naeim (M. EERI, 1983), President of Farzad Naeim, Inc. and Adjunct Professor of Engineering at University of California, Irvine, has been named the 2017 recipient of the Bruce A. Bolt Medal. The Bruce Bolt Medal is awarded jointly by the Consortium of Strong Motion Observation Systems (COSMOS), the Seismological Society of America (SSA), and the Earthquake Engineering Research Institute (EERI) to recognize individuals worldwide whose accomplishments involve the promotion and use of strong-motion earthquake data and whose leadership in the transfer of scientific and engineering knowledge into practice or policy has led to improved seismic safety.

Learn more about Dr. Farzad Naeim and the Bruce A. Bolt Medal.