The Earthquake Engineering Research Institute (EERI), the Consortium of Organizations for Strong Motion Observation Systems (COSMOS), and the Seismological Society of America (SSA) are pleased to announce that José A. Martinez-Cruzado, professor of the civil engineering and surveying department at the University of Puerto Rico at Mayagüez is the recipient of the 2023 Bruce Bolt Medal. 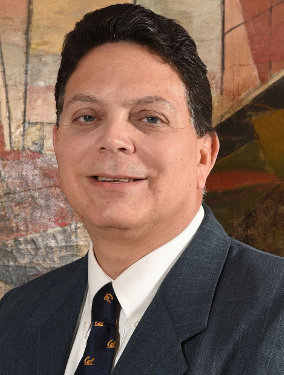 The award will be presented to Martinez-Cruzado at the 2023 SSA Annual Meeting in San Juan, Puerto Rico.

The Bruce Bolt Medal honors the legacy of Bruce Alan Bolt (1930-2005), a pioneer at the intersection of earthquake science and earthquake engineering. Both an internationally recognized seismologist and an elected member of the National Academy of Engineering, he served as founding president of COSMOS, president of SSA, president of the International Association of Seismology and Physics of the Earth’s Interior (IASPEI), and chair of the California Seismic Safety Commission.

The medal is awarded jointly by EERI, COSMOS, and SSA to recognize individuals worldwide who work at the intersection of seismology and earthquake engineering, whose accomplishments involve the promotion and use of earthquake measurements, and whose leadership in the transfer of scientific and engineering knowledge into practice or policy has led to improved seismic safety.

Martinez-Cruzado has been a leader in earthquake engineering in Puerto Rico and the Caribbean region for three decades. As the director of the Puerto Rico Strong Motion Program, he has focused on the development of a strong motion network in Puerto Rico, the British Virgin Islands, the U.S. Virgin Islands, and the Dominican Republic, and on seismic arrays in dams, buildings, and bridges. He has also worked on the design and rehabilitation of reinforced concrete structures in regions with high seismic risk.

A Ph.D. student of Bolt’s at the University of California, Berkeley, Martinez-Cruzado returned to Puerto Rico after receiving his degree to help expand and modernize its strong motion network and promote seismic safety in the Caribbean region.