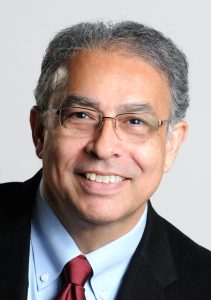 Bozorgnia, a professor at the University of California, Los Angeles in both the Department of Civil and Environmental Engineering and the John Garrick Institute for the Risk Sciences, receives the Bolt Medal for his extensive contributions to earthquake ground motion models, seismic hazard analysis and structural earthquake engineering.

As principal coordinator of the Next Generation Attenuation research projects, he organized an interdisciplinary team of researchers that helped develop earthquake ground motion models used worldwide for seismic analysis and infrastructure design. In 2015, the NGA-WEST project was awarded the 2015 Excellence in Structural Engineering award from the Structural Engineering Association of California (SEAOC).

Bozorgnia has served as executive director (2009-2016) and associate director (2004-2009) of the Pacific Earthquake Engineering Research Center, a multi-university research center. Beyond his academic career, Bozorgnia also has many years of experience as a licensed Professional Civil Engineer in California.

In addition to his own extensive publication record, Bozorgnia has served as the associate editor for Earthquake Spectra and Bulletin of the Seismological Society of America. In 2004, he co-edited Earthquake Engineering: From Engineering Seismology to Performance-Based Engineering, which featured contributions from a range of experts, including Bruce Bolt.

He received his Ph.D. and M.S. from the University of California, Berkeley. He has previously received awards from EERI, Applied Technology Council, Structural Engineering Institute of the American Society of Civil Engineers, SEAOC and others.

“It is indeed a great honor to receive the Bolt Medal,” says Bozorgnia. “Bruce Bolt was a role model to me, and that makes this Medal even more special. I sincerely thank COSMOS, EERI and SSA for this award.”

The Bruce Bolt Medal is awarded jointly by the Consortium of Strong Motion Observation Systems (COSMOS), the Earthquake Engineering Research Institute (EERI) and SSA. It highlights the work of individuals who promote strong-motion instrumentation and data processing, make technical contributions to the fields of seismic engineering or engineering seismology and improve seismic safety through a transfer of knowledge into practice or policy.