The Seismic Record Editorial Board

Koper has served as associate professor and professor in the department of geology and geophysics at the University of Utah, and director of the University of Utah Seismograph Stations (UUSS), since 2010. He has been a member of the U.S. Air Force Seismic Review Panel since 2011 and is now chair of the Utah Seismic Safety Commission since serving on the Commission since 2010. He was an associate editor for the Bulletin of the Seismological Society of America from 2003 to 2010 and co-chair of the organizing committee for the 2013 SSA Annual Meeting. Koper worked in 2017 on the SSA subcommittee to update a joint statement by SSA and the American Geophysical Union on the Comprehensive Nuclear Test Ban Treaty, and has served as member and chair of SSA’s Charles F. Richter Early Career Award subcommittee from 2018 to the present.

Schulte-Pelkum is an associate research professor in the department of geological sciences at the University of Colorado, Boulder and a research scientist at the Cooperative Institute for Research in Environmental Sciences (CIRES). Her research interests include structure, deformation, rheology and anisotropy of the lithosphere and mantle; receiver functions and array processing; the seismic noise wavefield; and seismic and volcanic hazards. She received her Ph.D. in geosciences from Scripps Institution of Oceanography, University of California, San Diego in 2001.

Ritsema is a University of Michigan professor of geophysics and seismology. His research involves the imaging of Earth’s mantle through global scale seismic tomography and the modeling of broadband seismograms. He received his Ph.D. in geophysics from the University of California, Santa Cruz in 1995.

As TSR Editor-at-Large, he works closely with the Editor-in-Chief to recruit relevant, high-impact research for submission to the journal, serving in an ambassador role representing the journal globally within the seismology and earthquake science community.

Green started working for J&J Editorial, LLC in January 2022. He graduated from the University of Kentucky with a degree in Economics and was a member of the Honors program. He then earned his Master of Theological Studies (MTS) degree from Emory University, where he concentrated in Modern Religious Thought and Experience. Tom has served as the Managing Editor for TSR since April 2022.

Horvath is a Production Editor at J&J Editorial. She received undergraduate degrees in History and English from the University of North Carolina at Greensboro. She has been with J&J since 2015 and has experience on a variety of scientific titles. Paige has serves as the Production Coordinator for BSSA, SRL and TSR and has worked with SSA since March 2018.

Ajo-Franklin is a professor at Rice University in the department of earth, environmental and planetary science as well as a faculty scientist at Lawrence Berkeley National Laboratory (LBNL). He received his B.A. in computer science and history from Rice University in 1998 followed by a Ph.D. in geophysics from Stanford University in 2005. His research interests include active and passive seismic monitoring of subsurface processes such as geothermal energy production, geologic carbon storage, and near-surface hydrogeologic cycles. He also studies new seismic acquisition techniques including distributed acoustic sensing and permanent active sources. 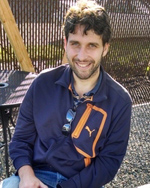 Crowell is a research scientist with the Pacific Northwest Seismic Network at the University of Washington, USA. He received his Ph.D. from Scripps Institution of Oceanography and his B.S. and M.S. from Georgia Institute of Technology. His research interests are in high-rate GNSS, seismogeodesy, tectonic geodesy, and early warning systems. 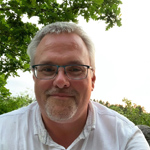 Gibbons is an applied geophysicist at the Norwegian Geotechnical Institute in Oslo, Norway. He received a Ph.D. from the School of Earth Sciences and School of Computer Studies at Leeds University in 1998 on computational fluid dynamics and processes in the deep earth. He worked for 17 years in verification seismology, focusing on seismic signal detection and interpretation for nuclear explosion monitoring. He now works in natural hazards at NGI applying high performance computing to geohazards, including earthquakes, tsunamis, and landslides. His research interests include signal processing and array processing, natural and anthropogenic seismicity, acoustics and infrasound, inverse theory, natural hazards and risk assessment, pattern recognition and machine learning. 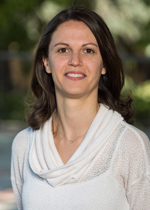 Gualtieri is an assistant professor of Geophysics at Stanford University, USA. She received her B.Sc. degree in 2008 and her M.Sc. degree in 2010 both in Physics at the University of Bologna (Italy), and a Ph.D. in Geophysics in 2014 as a dual degree at the Institut de Physique du Globe de Paris (France) and the University of Bologna (Italy). She worked as a postdoctoral researcher at Lamont-Doherty Earth Observatory of Columbia University in 2015-2017 and at Princeton University in 2017-2019. Her research focuses on computational and environmental seismology, with the dual aim of imaging the Earth’s interior and developing a theoretical understanding of the generation mechanisms of a variety of environmental processes. 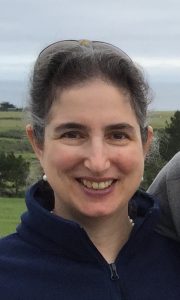 Harris is a Senior Scientist research geophysicist at the U.S. Geological Survey. She received her Ph.D. from the University of California, Santa Barbara, her M.S. degree from Cornell University, and her S.B. from the Massachusetts Institute of Technology. Harris is a member of the USGS Earthquake Science Center and serves as the leader of the 20-scientist Earthquake Processes, Probabilities, and Occurrence project. She uses observations and simulations to help us understand how Earth’s heterogeneous features affect large earthquake behavior and she leads a SCEC-USGS project testing earthquake simulation codes. Harris is a Fellow of the American Geophysical Union. She served as a JGR associate editor from 1997-2001, and as a GRL editor from 2009-2012. She is a longtime member of the Southern California Earthquake Center’s Board of Directors (USGS liaison), and she served on the Seismological Society of America’s Board of Directors for 11 years, including as SSA President from 2015-2016. 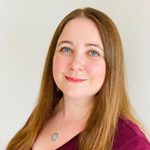 Irving is a senior lecturer in geophysics in the School of Earth Sciences at the University of Bristol, UK. She received her Ph.D. from the University of Cambridge in 2009 and was on the faculty at Princeton University for seven years. She has primarily worked on the structure of Earth’s deep interior, from the inner core to subduction zones. Jessica is also interested in planetary seismology and she is a participating scientist on NASA’s InSight mission to Mars. Her research involves both high frequency body-wave seismology and normal mode seismology.

Miyake is an associate professor at Earthquake Research Institute of the University of Tokyo. She received her Ph.D. in geophysics from Kyoto University in 2003. Her research interests include strong motion seismology, earthquake rupture process, source modeling, and seismic hazard assessment.

Ross is an assistant professor of geophysics at the California Institute of Technology, USA. He received a Ph.D. in geophysics from the University of Southern California in 2016. His research interests are concentrated in earthquake seismology and emphasize the use of machine learning and statistics to better understand earthquakes and faults. His work has focused on high-resolution imaging of fault zones, analyzing the dynamics of seismicity, and the relationship between fault structure and the earthquake source process. 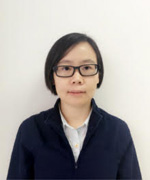