4 March 2021–the first half of 2020, the U.S. Intermountain West region of the United States experienced four significant earthquake sequences, spanning multiple states. In the new issue of SRL, 15 papers characterize these major earthquakes and discuss how they are helping seismologists gain new insights into the tectonics of the region. 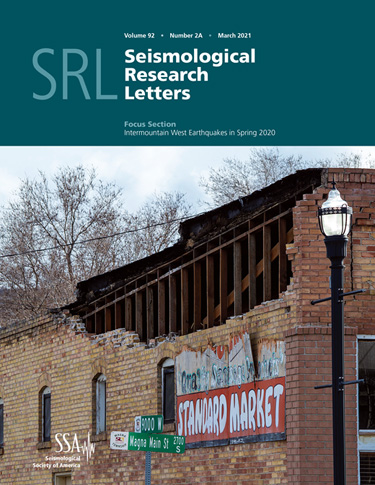 The Intermountain West is bounded by the eastern margin of the Sierra Nevada and Cascade Mountains to the west and the Rocky Mountains to the east. While its earthquake risk is often overlooked in comparison to those in California and the Pacific Northwest, the region contains several major fault systems and a growing urban population, particularly near Salt Lake City.

The focus section papers cover the overall seismotectonics of the region and examine the specific fault geometry, aftershocks, ground failure and other aspects of the major earthquake sequences. The research reflects the expanded “toolkit” of seismologists, including GPS stations, satellite and geophone data and machine learning, that helped the researchers quickly characterize the seismic activity—while contending with work and travel restrictions during the COVID-19 pandemic.